Our origins
Moving Brands began in 1998 with five people passionate about design, film, storytelling and technology. They shared the belief that creativity was the most powerful tool a business could use. At first, they focused on two things – filmmaking to satisfy their creativity and the design and build of a broadcast quality live-streaming system to satisfy their urge to innovate.

Web design and experience design came next, leading Moving Brands to pioneer our multi-sensorial brand identity system that defines graphics, sound, motion, texture and emotion. Nokia was the first client to benefit from this revolutionary new approach. It’s this DNA that has shaped who we are today.

A global team that works together
The combined time our senior team has worked together is 130 years. Expert, experienced and constantly in contact.

Since joining Moving Brands as a design intern in 2008, Mat has learned from, guided and influenced every aspect of our work, while gaining experience of such varied and iconic brands as Apple, Norton & Sons, Swisscom, HP and Mercedes.

Mat has held keynote speaker spots at the world’s most significant design events, as well as guest lectured at Wharton Business School, Central Saint Martins and Hyper Island. His work has received awards at European Design, ADC and D&AD Award Festivals, and he has presided on the Cannes Lion, D&AD and Design Week Award juries.

Based in London, Mat studied Graphic Design at Central Saint Martins and at the Cooper Union in New York.

Nothing drives me more than enabling companies which are struggling with culture and reputation challenges to make a big leap towards change.

Since joining Moving Brands in 2007, Hanna has led Moving Brands’ biggest brand transformation projects for clients including HP and Swisscom. Most recently she has worked with Invesco Perpetual, Barclays, IBM IX, Veon and Google.

Hanna's grounded, opportunity focussed and business driven approach has its roots in over a decade of international management consulting, where her engagements covered both B2B and consumer brands, including a number of strategic projects with Nokia, both in brand and customer experience design.

Having grown up in Finland, a country which lives and breathes gender equality without question, Hanna is a direct, passionate advocate for fairness in the workplace.

What really excites me is opportunity. Focussing not on the problem but looking beyond it. 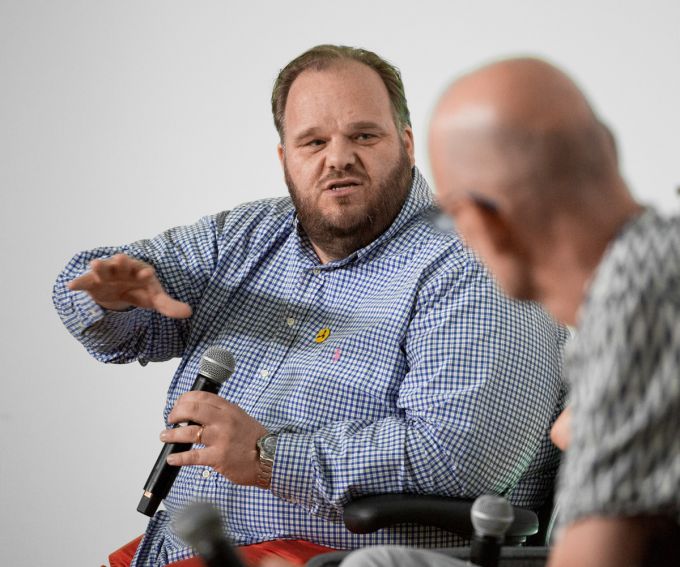 Jim Bull is a creative avalanche: a designer, branding guru, filmmaker and commentator all wrapped up into a gigantic creative tundra.

Having co-founded and directed the creative output of Moving Brands since it was founded in 1998, Jim was instrumental in developing the agency’s innovative approach to branding and storytelling. Since then, Moving Brands has carved out a reputation as the definitive multi-disciplinary, cross-platform creative agency, working with some of the world's most interesting businesses including Netflix, Apple, Google, 20th Century Fox and Sony.

Today, Jim’s role as Chief Creative Officer based in San Francisco means he is responsible for the creative output of Moving Brands across our studios in London, Zurich, New York and San Francisco.

Jim is recognized globally as a brilliant and contentious thought leader in the areas of design, business, and creativity. He is known for the kind of insight that can only come from intense experience of building a creative business in today’s design-centric society – and has demonstrated his occasionally provocative perspectives through keynote speaking slots for high-profile design and business events, in interviews for press, and on prestigious design juries.

Love him or hate him – creativity never looked like this before.

The Moving Brands way starts with defining the compelling story at the heart of a brand and creating experiences that project the core brand principles from the inside out. 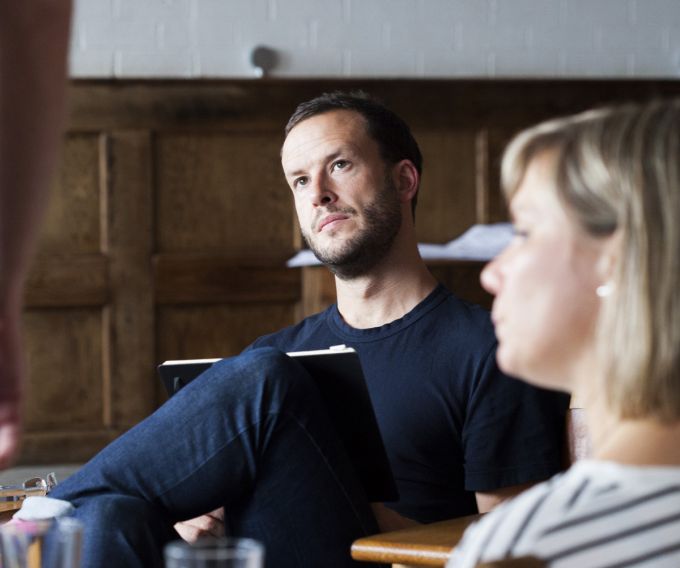 While leading Moving Brands as CEO from 1998 - 2011, Ben had firsthand experience of corporate transformations, from Fortune 100 (HP, Nokia, Apple) to one-man startups (such as Norton & Son and Flipboard). As Chair, Ben continues to support the leadership team and liaises with the stockholders.

Ben’s ‘day job’ is CEO of Madefire, ‘a digital platform for storytellers at the cutting edge of reading’ which, among many breakthroughs and accolades, created the first books in VR and was rated best reading app on iOS. To date, Ben has raised $16m venture capital for Madefire.

“Moving Brands and Madefire share an unstinting focus on great work. Both are at the forefront of creativity and technology - with a rich culture and phenomenal people.”

I see my challenge as finding the 20% of things that create 80% of the outcomes.

This focused goal drives all of Ying’s work here at Moving Brands, in her role as Global Program Director.

More adaptable than a chameleon, Ying has crossed over from client-facing roles with Swisscom and Flipboard, as well as being the Program Director for our work with HP, to an internal role that sets up best practice, internal training and teams across our worldwide offer.

Now based out of our New York studio, where she set up everything from the office space, the legals and the teams, Ying’s work has spanned London and San Francisco in her 10+ years at Moving Brands.

Known for being someone who will try anything once, from underwater cycling to aerial yoga, her next endeavour is a sword-fighting class… 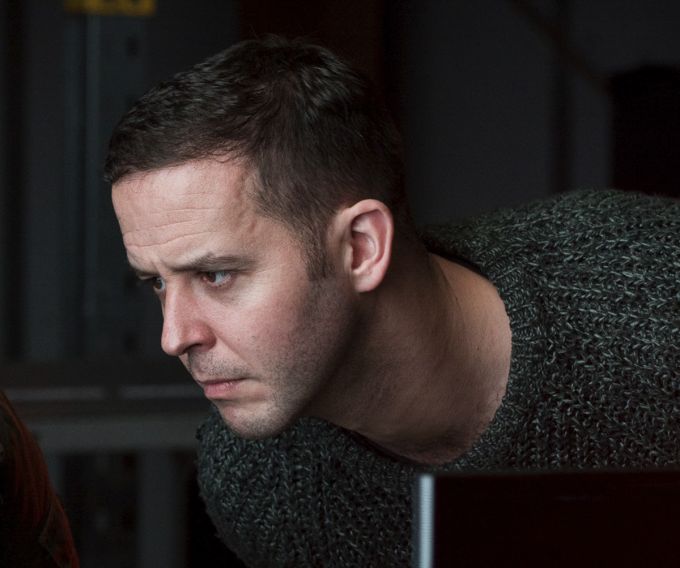 Guy co-founded Moving Brands in 1998. He is responsible for the Moving Brands moving offer, including all film and video, 2D and 3D animation across all stages of production, and is a leading force in innovation creation, experience design and our exploration of New Design Reality. Guy has created technologies for remote broadcast with system integration patents, as well as developing cutting edge moving work for clients. He has lead experience design projects for Housing, Nokia, Swisscom, Telewest, Ovi and Vodafone, though his unique skillset means he works consultatively with several of our clients. He firmly believes in building identities that can live and thrive in different spaces. This was key to the success of the Swisscom brand, which from the start, was built with dimension, motion and sound. In his spare time, Guy has used his 3D skills to design furniture, and to build a log cabin in Wales.

I love the challenge of having to solve problems in a multi-dimensional way, seeing things from all angles and making sense of them. 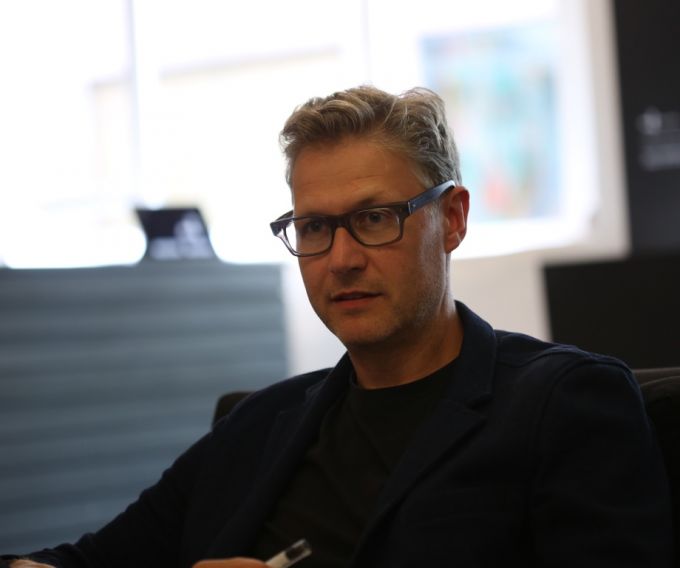 Since joining Moving Brands in 2005, Anthony has led major brand strategy, identity and experience engagements for ICT businesses such as Nokia and NSN, organisations in the health sector such as the British Medical Association and the world-leading cancer centre The Royal Marsden, and financial businesses such as Barclays.

Anthony believes that the clients we partner with, no matter what industry, are seeking opportunity – and it’s the role of Moving Brands to employ creativity to help deliver tangible and positive change for them.

He was previously Head of Client Engagement for Omnicom agency Pauffley, working with clients such as BP, O2, DelaRue and SAB Miller.

There’s nothing better than having a client and creative team galvanise behind a single-minded ambition – we’re not in this for the mediocre. 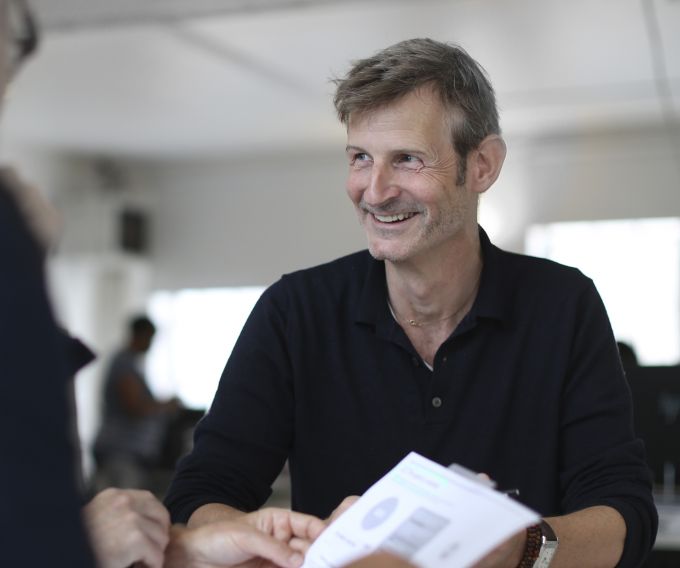 With extensive experience both agency and client-side, Geoff’s knowledge of the international creative sector is enviable. His sense of how things work, with who, and how to deliver effective campaigns continues to make real and measurable business change for our clients.

After joining in 2004 (having formerly been one of our clients),and having worked globally, Geoff now heads up Moving Brands in Zurich, specialising in marketing communications, corporate identity and design. Here, he works closely with our European roster of clients, including Swisscom, Syngenta, SRF, Open Systems and the University of Lugano, as well as delivering a very special project re-defining and re-branding a Swiss icon - the Grossmünster in Zurich.

Geoff has spoken on branding at various Swiss and UK universities and at the UN in Geneva. He also sits on the Advisory Board of several Not for Profit organisations.

I am fascinated by the similarities, and the differences I have encountered across industry sectors and cultures. The world is sometimes small but the possibilities are vast. 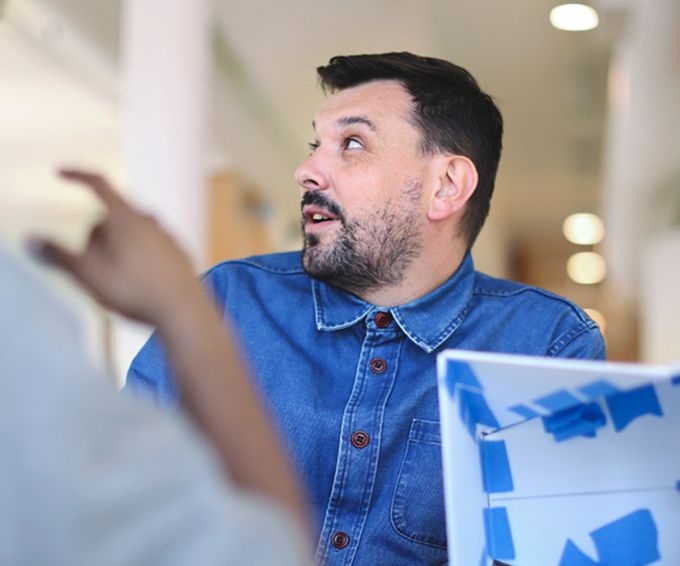 Matt is a designer. His work examines the way we create connections between people, spaces and things.

Joining Moving Brands as Design Director in 2004 for a four-year spell, Matt took a ten-year interlude from the business, co-founding a London-based research and design studio and as a director at Google Creative Lab. During this time, he worked with clients including YouTube, Nike, Jet Propulsion Lab (NASA), Microsoft, LGBT Center New York, London Science Museum and the Maritime Museum.

After returning to Moving Brands in 2017, Matt is now based in our New York studio. He now leads three key areas within the business: ‘Interactive Spaces’, focusing on using technology to create dynamic living spaces; ‘New Design Realities’, creating experiences for emerging technology platforms, such as mixed reality and augmented reality; and ‘GOBI’, a team that uses prototyping as a way of defining the products and services of tomorrow.

He has also worked closely with universities and academic institutions around the world, including teaching at Goldsmiths, University of London, Strelka School of Architecture, Moscow, and CMODA, the Museum of Digital Arts, Beijing.

Matt’s work has won many awards including a D&AD Yellow Pencil and has been shortlisted for Designs of the Year at the Design Museum, with features in Time Magazine’s Top 10 of Everything.

There is a lot of buzz surrounding certain technologies; everyone thinks they need AI, VR or AR, but they’re not really sure why, or what for.

Christian works with our clients to define strategies that unlock new areas of opportunity and accelerate business growth and transformation.

Prior to Moving Brands, he held a number of senior roles in technology and financial services, driving strategic initiatives both within established organisations and as part of the executive leadership team of high growth and early-stage businesses.

Today, Christian is based in our San Francisco studio. He leads the digital products and services area of our business to create brand defining digital experiences that people love, enabling clients to drive meaningful relationships and have new conversations with their customers. 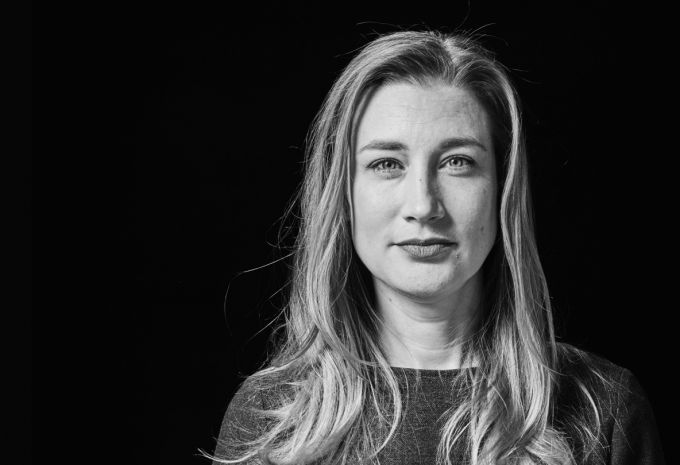 Minni enjoys working with global clients and thrives in any dynamic atmosphere. Her 20 years experience in branding, communications and working with start-ups and growth companies makes her an expert in her field. At Moving Brands her clients include companies such as Housing, ARM, Swisscom, Bluewolf and Google. She holds an advisory role at Nestholma start-up accelerator, and is a frequent keynote speaker at events such as Chivas The Venture.

I like that every client’s approach, details and nuances are different. When we can build a long-lasting relationship and understand their unique point of view, we can deliver the best, cutting-edge work.
Our guiding principles 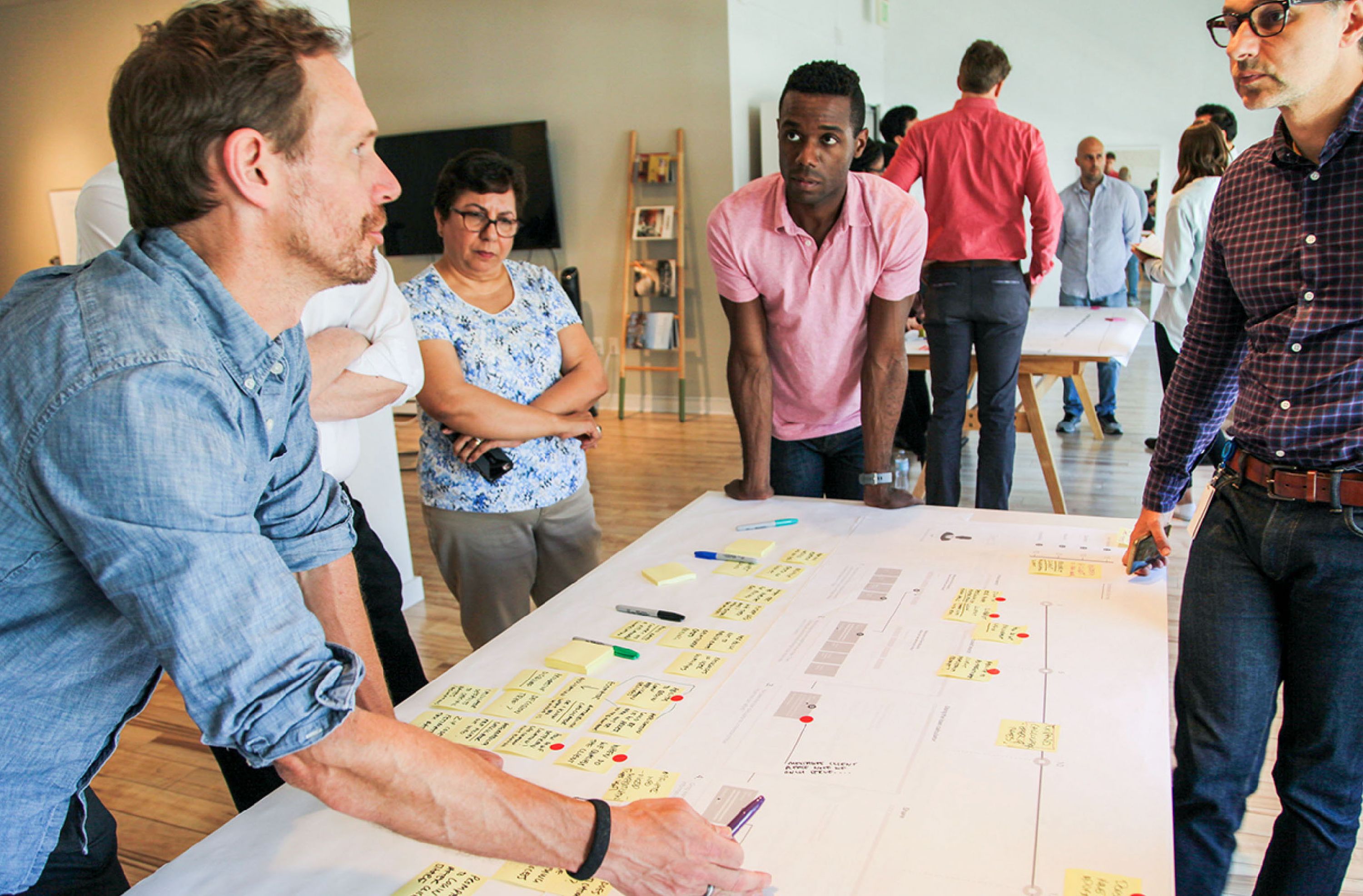 We work with the people we believe in

We know there is no such thing as a perfect company but we also know that organisations with shared aims can create immense positive change. We are actively seeking founders, leaders and organizations who have similar ambitions to Moving Brands. And once we find each other we commit 100%.

Aiming to be carbon neutral by 2021

Fuel is our company-wide sustainability initiative which reviews everything we buy, from paper to parking to pensions.

Find out about our commitment to practical change.

We believe that collaboration is the lifeblood of creativity. It’s  not easy – but we do it every day. Anyone who works in a global organisation will know it’s a struggle that has to be won.

We build teams across our four studios that bring together the right experience and expertise to solve the challenge in hand.  We stay connected through screens, we move between studios and work in our clients’ locations – whatever the project demands.